A visual history of the Cartier Santos 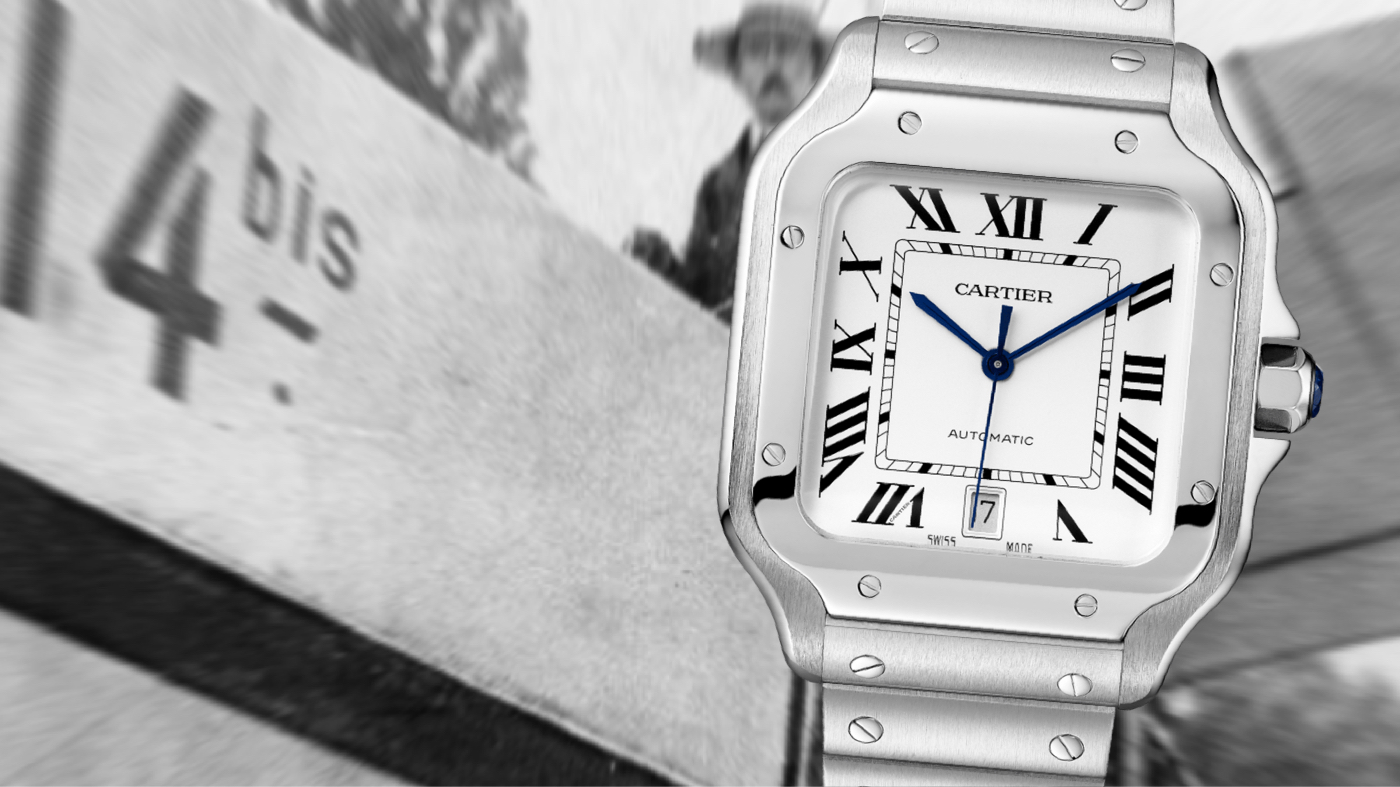 The Cartier Santos watch dates back all the way to 1904 when Louis Cartier created a watch for his friend, daredevil and pilot Alberto Santos-Dumont. Tired of fumbling around with a pocket watch, he wanted something practical to strap to his wrist. Since those humble beginnings a lot of variations have been produced, always building on the iconic original. Chronographs, special “iced-out” versions, gold, steel… if you can think of it, it has been made. The following dates mustn’t be historically, there taken straight from Chrono24. Anyway, enjoy this journey of this little quirky watch, that so perfectly connects the Old and New.

What does the future hold?

I only showed you a glimpse into the model variations that exist. Although Cartier is most commonly known as a jewelery maker, its watch history is strong and the timepieces it produces today are respected amongst watch nerds. What we can say is that Cartier manages to keep the balance between producing what has worked over the past 100 years whilst still keeping up with newest technologies. It was interesting for me to discover that the design of the watch didn’t change fundamentally. Still is doesn’t appear like you’re wearing “Grandpa’s watch”.

Personally the watch doesn’t suit me that well, still I’m fascinated by how something can still be that relevant after a long time. Against the common perception of timeless design, I don’t think things have to look bland like a 1960s Braun device, reduced to its utilitarian character. If I could speak to Adolf Loos—who clearly expressed his opinion on ornamentation in his essay “Ornament and Crime”—I’d tell him that ornamentation can still go a long way and a bit of pomp on the wrist produces a smile of the owner, doesn’t hurt anyone and therefore shouldn’t be punishable under law.

All pictures from Chrono24 if not mentioned otherwise.